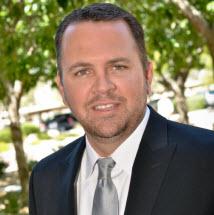 When not in the office Mr. Wenk enjoys camping with his family and working on his old Jeep. Being originally from Cleveland, Mr. Wenk is a Browns, Indians and Cavs fan. Of course he still cheers for the Cardinals, Diamondbacks and Suns. Mr. Wenk remains active in various veterans' support groups and organizations.