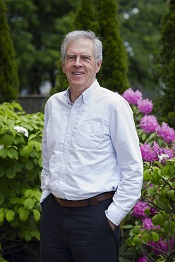 Robert T. Ryan, JD, CFP® has been a leader in the financial planning community for many years. His career began in the insurance industry, where he was responsible for educating insurance agents about estate planning and the intricacies of insurance policies. He also served as a contracts advisor, conducting nationwide training.

Bob’s career in financial planning evolved as he earned a Masters degree in Financial Planning, and worked for a Boston-based advisory firm. He followed that by opening his own solo practice, and then formed Resolute Financial with Tom Dwyer.

During the course of his career, he has been quoted in national publications including Money Magazine, and Investment News, as well as local newspapers and the Boston Globe.

He has been named as a Five Star Wealth Manager in Boston Magazine for 2015.