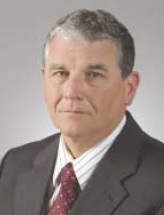 Paul K. Carlton, Jr. received his Bachelor of Science degree from the U.S. Air Force Academy in 1969 and his doctor of medicine from the University of Colorado in 1973. Dr. Carlton serves as Director to the Office of Innovations and Preparedness for the Texas A&M University System Health Science Center. He joined the Texas A&M Faculty in November of 2002. Dr. Carlton also served as the Surgeon General of the Air Force from 1999 to 2002.

As the Surgeon General of the Air Force, he served as a functional manager of the U.S. Air Force Medical Service. He had authority to commit resources worldwide for the Air Force Medical Service, to make decisions affecting the delivery of medical services, and to develop plans, programs and procedures to support peacetime and wartime medical service missions. Dr. Carlton is a fellow and former Air Force representativeto the American College of Surgeons. He was named a consultant in general surgery to the Air Force surgeon general in 1981. He conceptualized and implemented the first Air Force rapid-response surgical team in Europe – the flying ambulance surgical trauma team. During Operation Desert Storm, he commanded the 1702nd Air Refueling Wing Contingency Hospital, completing 32 combat support missions and 140 combat flying hours in the C-21, C-130, KC-10 and KC-135.

Dr. Carlton has published extensively in medical literature. He is an 11,000 case surgeon who continues to “wash his hands” whenever he can. His vision for medical care in the combat zone led directly to our current best survival rate in the history of warfare.

Dr. Carlton and his wife, Jan, have four grown children.