In 1981, Jim graduated from the United States Air Force Academy and retired in 1996 after a long career in the Air Force as a leader, engineer, metallurgist, project/program manager, and acquisition officer. Then Jim moved into successful engagements with global companies like General Motors/Delphi.

Later, Jim took his talents to other well-known companies including Enerpac, John Deere, ServiceMaster, Bobcat and Chromalloy. Through mentoring, teaching, and leading team efforts in operational and business services, these efforts improved profitability by double-digits.

Certified as a LEAN and Six Sigma Black Belt/Champion he led 1000+ projects at the individual and corporate-wide level to improve multiple facets of business. His wide senior leadership experience with private equity, publicly held companies, and the government allows him to draw on this proven experience to quickly pivot and provide any business partner with personalized and tailored approaches and solutions to meet their unique needs. 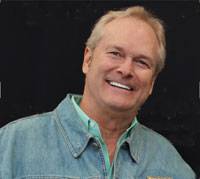 The Art of Significance

Dan Clark is the founder and CEO of an International Leadership Development Company; a HighPerformance Business Coach; New York Times Best Selling Author of 35 books; University Professor; a Primary Contributing Author to the Chicken Soup for the Soul series;
International Podcaster; Gold Record Songwriter; and an Award Winning Athlete who fought his way back from a paralyzing injury that cut short his football career.

Dan has spoken to over 6 million people, in all 50 states, in 71 countries, on 6 continents, to
more than 6000 audiences including most of the Fortune 500 companies, Super Bowl
Champions, NASA, and to our Combat Troops in Iraq, Afghanistan, Asia and Africa.
Dan has appeared on over 500 television and radio shows including Oprah and Glenn Beck,
PBS and NPR, and has been featured in the Mayo Clinic Journal, Forbes, Inc., Success,
Entrepreneur, Thought Masters and Millionaire Magazines.

Dan's extraordinary life includes soaring to the edge of space in a U2 Spy plane; flying
fighter jets with the Air Force Thunderbirds; racing automobiles at Nur-burg-ring and
sailboats in Australia; serving on the Olympic Committee and carrying the Olympic Torch in
the Winter Games; and keynoting the United Nations World Congress.

Dan was named an Outstanding Young Man of America - and has since received the United
States Presidential Medal presented by President Ronald Reagan; the United States
Distinguished Service Medal presented by the U.S. Department of Defense; was the national recipient of the prestigious Air Force American Spirit Award; and was named Utah Father of the Year! 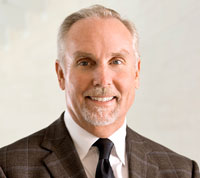 Greg Friedman is an innovator and advocate for excellent wealth management. He is co-founder and CEO of Private Ocean, one of the West Coast's leading wealth management firms. He’s also the former co-founder of Junxure, an industry leading CRM for advisors. Friedman is widely recognized as one of the nation’s top financial advisors. Investment Advisor Magazine named him as one of its Top 25 most influential financial advisors in 2008, 2009 and 2010. In 2008, Financial Planning Magazine included Friedman in its elite list of financial “Movers and Shakers.” In 2007, Charles Schwab honored him with its prestigious IMPACT Award® for “Best in Tech.” Greg was also recognized in InvestmentNews' 2017 Class of Icons and Innovators for his contribution to the advancement of the financial advice profession. In 2018, Greg was named CEO of the Year at the WealthManagement.com Industry Awards. Greg is on the Board of The Marine Mammal Center and the Vice-Chair of its Finance Committee; in 2020, he was named a Nonprofit Leader by the North Bay Business Journal for his dedication to the community. He is the author of three books for financial advisors; Advisory Leadership: Using the Seven Steps of Heart Culture to Create Lasting Success for Any Wealth Management Firm, The Financial Advisor M&A Guidebook: Best Practices, Tools, and Resources for Technology Integration and Beyond, and Integrating Culture in Successful RIA Mergers and Acquisitions. 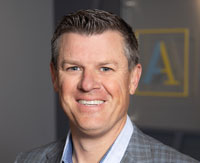 Eric Hehman is Chief Executive Officer of Austin Asset. After joining Austin Asset in 1997 as an unpaid intern, he became a principal in 1999 and CEO in 2007. In 2014, Eric completed the seven-year transition plan providing for the retirement of the firm’s founder. Today, the firm oversees more than $1.3 Billion in assets under management and is currently ranked the #1 Financial Planning Firm by the Austin Business Journal with 12 CERTIFIED FINANCIAL PLANNERTM practitioners.

Beyond Austin Asset, Eric cares deeply about bringing leaders together for the future success of their businesses, which led to the release of his first book: Success and Succession. Through his consulting offering, Conduit Group, he brings firm owners and next generation leaders together to solve internal succession and build sustainable businesses.

In 2013, Eric was honored as the winner of the “Austin Under Forty Award” which recognizes executives for their outstanding professional achievements and contributions to the community. Eric earned the CFP® designation in November 1999, as one of the youngest in the nation at that time. Eric lives in his hometown of Austin with his wife JayLeen, and their four children. 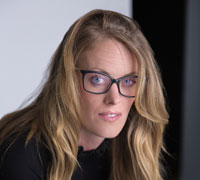 Herbers’ is a veteran writer for the advisory industry. Her research and writing have been featured in numerous trade publications across the world. Investment Advisor magazine has named Herbers one of the “Top 25 Most Influential People in the Advisory Industry” numerous times over the past fifteen years. 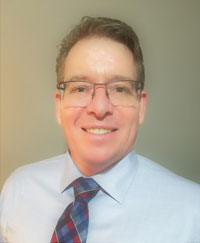 With dual-degree Master’s (Thunderbird & ESADE in Barcelona, Spain), he joined Arthur Andersen Business Consulting in Chicago. He worked for 13 years at Fortune 500 firms, working across the US and the globe, starting in Corporate Audit, then International Finance, Financial Shared Services (Business Decision Support), Business Transformation Team (Lean Six Sigma Green Belt), and Global HR, where he led all aspects of HR Risk Management, reporting to the HR EVP. In 2009, he joined a global management consulting firm (Inc. 5000). Leading multiple cost reduction, compliance, and process improvement teams at Fortune 500 clients, he helped AArete grow by a factor of 10 (both employees and revenue). 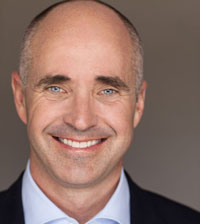 Dan Seivert is the CEO and founder of ECHELON Partners – one of the leading investment banks and consulting firms to the wealth and investment management industries. Prior to starting ECHELON, Mr. Seivert was one of the initial principals of Lovell Minnick Partners, where he helped invest over $100MM in venture capital across 15 companies. Before his involvement in private equity, Mr. Seivert was a buy-side analyst at The Capital Group (American Funds) where he valued firms in the asset management and securities brokerage industries. Mr. Seivert’s initial job at Capital was in the capacity
of strategic planning and marketing research, where he worked directly for several chairmen of the company as well as the fund boards. Mr. Seivert began his career in the M&A department of Skadden, Arps, Slate, Meagher & Flom.

Over the past 20 years, Mr. Seivert has worked with over 300 executive teams and boards to help them envision, initiate, and execute a diversity of complex business strategies and transactions. As their trusted advisor, Mr. Seivert has helped these clients make the tough decisions with respect to acquisitions, sales/divestitures, investments, mergers, valuation, M&A strategy, new ventures, management buyouts, capital raising, equity sharing, and succession planning. In his various
roles, Mr. Seivert has conducted detailed valuations on over 500 companies, evaluated more than 2,000 acquisition targets, and authored 25 reports dealing with the wealth and investment management industries. During this time Mr. Seivert has served on the Board of Directors of AssetMark Investment Services, BridgePortfolio, and Occidental College.

Mr. Seivert is a frequent keynote speaker for corporate clients and at industry events. Mr. Seivert has been quoted extensively as a leading authority in the private wealth market by several top industry publications. Mr. Seivert is the President and founder of ECHELON’s FINRA-registered broker dealer (Echelon Capital, LLC). He has an Advanced Bachelor’s degree in Economics from Occidental College and a Master of Business Administration from UCLA’s Anderson School of Management. Mr. Seivert is a native of Los Angeles and currently resides in Manhattan Beach, California . 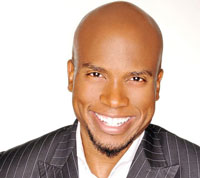 Jonathan Sprinkles works with organizations that want to increase profits and productivity by leveraging The Power of Connection™.

Trust is the new currency of business. Jonathan Sprinkles, “Your Connection Coach” has been recognized for over a decade as a thought leader on the psychology of the human connection—the force that drives engagement, loyalty, and profitability.

The author of 13 books, including two international bestsellers, Jonathan’s innovative approach inspires positive culture shifts throughout organizations. Labeled a “turnaround specialist” by executives and celebrity clients, Jonathan has earned multiple awards for excellence in business and leadership coaching, and is well known as a top-rated keynote speaker. And here’s why: Jonathan gets it. He knows the difference between what looks good on paper and what really works when applied to your business’ environment.

Jonathan’s practical, proven strategies have worked for organizations like yours that want to re-energize their workforce and reconnect their people to their mission and key initiatives. Jonathan has pioneered a movement, inspiring high-functioning teams of people to trust each other, work together, communicate better, and win bigger.

An innovator in both his approach and his delivery, Jonathan has a clear understanding of what truly motivates others. Jonathan’s tips and strategies have been featured in:

Jonathan has helped organizations ranging in size from 10 to 50,000 across various industries, helping them achieve alignment among the company’s mission, customer loyalty, and increased profits. After a few minutes with Jonathan, you will feel like you have known him your entire life. 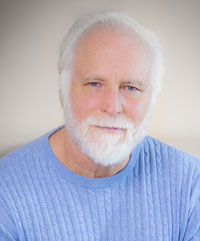 Bob Veres is editor and publisher of the Inside Information guide to trends and innovations in the profession, author of The New Profession, and for 20 years was a contributing editor and columnist for Financial Planning magazine. As a journalist, he has won several national awards, including the Jesse H. Neal Award from the American Business Media group, considered the most prestigious editorial honor in the field of specialized journalism, and the Azbee Award of Excellence from the American Society of Business Press Editors.

Over his 40-year career in the financial services world, Mr. Veres has worked as editor of Financial Planning magazine; as a contributing editor to the Journal of Financial Planning; as a columnist and editor-at-large of Investment Advisor magazine; and as editor of Morningstar’s advisor web site: MorningstarAdvisor.com. He is a sought-after speaker for many of the planning world’s most important professional conferences.

In addition to his professional activities, Mr. Veres has authored five novels: Song of the Universe, The Root of All Evil, Conversations With My Daughter, South of Maya and The Galactic Taxi Service.