Board of Trustees - Executive Committee

The NCEF Board of Trustees drives our mission of promoting consumer financial education through pro-bono financial advice. Trustees serve a two-year term. The Board typically meets monthly by phone to discuss the direction of the Foundation and determine priorities. Trustees also serve on a committee of their choice.

Click here for the NCEF Board of Trustees Application.

Skip is the Managing Director of Advisor Advocacy & Industry Affairs for TD Ameritrade Institutional. Schweiss is also president of TD Ameritrade Trust Company (TDATC) which offers retirement plan solutions and services for independent RIA's and third-party administrators using TD Ameritrade's trust platform. He has been a board member of the NCEF since 2013.

Jennifer is a NAPFA-Registered Financial Advisor and founder of Integral Financial Planning LLC. Jennifer attended the University of Illinois in Champaign/Urbana from which she graduated with high honors and a bachelor of science degree in Accountancy. In 1994, she passed the Certified Public Accountant (CPA) Exam and began working for Arthur Andersen, LLP in Chicago until 2001. In 2002, Jennifer began a career in personal financial planning and obtained her Certified Financial Planner (CFP®) designation. Jennifer served on the NAPFA Midwest Board of Directors for four years as chair, president and membership director.

Jim is the founder and owner of Financial Strategies, Inc. one of the leading Fee-Only financial planning firms in Brookfield, WI, and has over 25 years of experience in financial planning and investment advising. Jim has been a NAPFA-Registered Financial Advisor since 1996, is currently a NAPFA National Board member, and serves on the NCEF Board. In addition to his services with NAPFA, Jim currently serves on the board of directors for the Wisconsin Parkinson Association.

Brenda has been a fee-only financial advisor for more than 21 years, and has helped hundreds of clients plan their financial lives. Her passion is developing long-term relationships with her clients and tailoring her services to their individual needs. Brenda is the Chair of the Programs Committee. She is also a NCEF donor and volunteered with Building Homes for Heroes where she provided financial planning for veterans. She currently serves as the National Representative for NAPFA’s Leadership Development Committee and is extremely active as a volunteer in her community.

Jeff is the founder of 4D Financial Advisors, LLC and has been an active NAPFA member since 2012. He previously served on NAPFA's Midwest Board of Directors and joined the NCEF Board of Trustees in 2019. Jeff received a B.S. degree in finance from the University of Illinois at Champaign-Urbana and has been a fee-only financial planner for over 12 years.

Michael is founder and President of JoycePayne Partners. As such, he is responsible for overall investment strategy, management of investment portfolios and financial counseling services. Michael received a B.S. degree in finance from Pennsylvania State University and an MBA from Drexel University. He is also a Chartered Financial Analyst. Michael is former chair of the NAPFA National Board of Directors, past president of the NCEF, and former vice-chairman of the Board of Directors of the Virginia Small Business Financing Authority. He is the treasurer of the Benedictine Education Foundation, serves on the Board of Advisors for the VCU School of Business, and has been on the NCEF Board since 2005.

Jaime started Milne Financial Planning and became a NAPFA member in 1996 after working as a MassMutual agent and in banking. As a “happy and solo” practitioner, Jamie has three offices in Vermont: South Burlington, Barre and St. Johnsbury. Jamie is currently Vice President of the NCEF. He also served on the NAPFA National Board of Directors from 2002-2005, and as chair of the NAPFA National Board of Directors in 2004. In addition to his services with NAPFA and the NCEF, Jamie serves as treasurer of the Thaddeus Stevens School in Lyndonville, Vermont, as well as secretary of the St. Johnsbury Rotary Club.

Jim is a NAPFA Registered Financial Advisor® and has served on the NCEF Board of Trustees since 2006. He has been providing fee-only financial advice for twenty-seven years, most recently as a founding member of Partners in Financial Planning, LLC, where he serves as managing member. He has been a member of NAPFA since 1994 and served on the NAPFA National Board of Directors from 2005-2009. Currently, Jim serves as the Chair of the NCEF Fundraising Committee and also on several nonprofit boards in the Salem, VA area. He seeks to live his life based on the principle of Ut Prosim (That I May Serve), the motto of his alma mater, Virginia Tech. 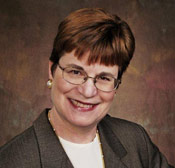 Marge Schiller has been a NAPFA member since 1991. She has conducted business as a fee-only financial advisor at M K Schiller Consulting for 30+ years. She also spent 27 years as Financial Planning Manager for Goar, Endriss and Walker, a local CPA firm, retiring from there in 2017. She began her career in adult consumer education and taught college in this field as well. She has authored several textbooks and consumer education guides for CT and VT students. 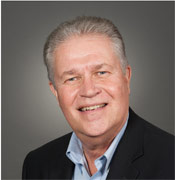 Dale is the Strategic Partnering Consultant working with Pinnacle Advisor Solutions, a division of the wealth management firm Pinnacle Advisory Group. His 25 year’s experience includes national management positions and collaboration with hundreds of independent financial planning firms. He has served on the Board of Directors for the Financial Planning Association, as a Trustee for the Foundation for Financial Planning and he is a FINRA neutral arbitrator. Dale joined the NCEF Board of Trustees in 2018 and serves as the Chair of the Communications Committee.